My Setup with OpenZFS on Mac OS X 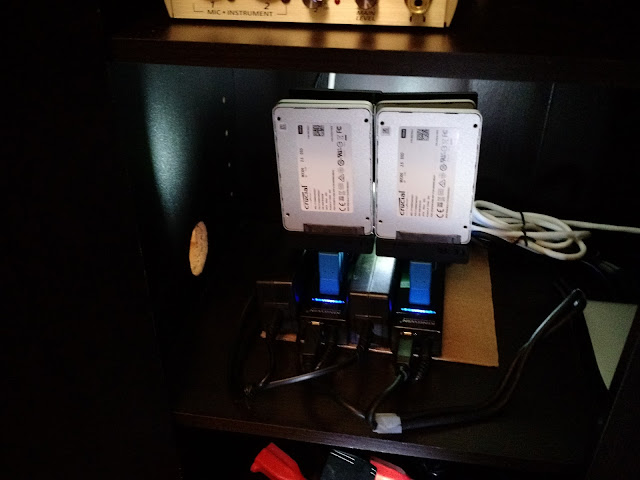 My new OpenZFS on Mac OS X setup in my cabinet, with raidz over 4x 1TB SSD on two AC powered USB 3.0 hubs. I ran into these gotchas:
Update on November 27:

I'm still experimenting with this setup, and in the process managed to toast an older 512GB SSD because one of my older USB 3.0 to SATA adapters had a bad contact, causing rapid power losses that fried the NAND. Trying to read/write problematic blocks would cause the drive to stall. But I managed to wipe it (under Mac OS X) by using VirtualBox running Ubuntu. Make sure the VM setting supplies USB 3.0 devices, or you'll get VERR_PDB_NO_USB_PORTS when attaching the USB/SATA adapter to the VM. Assuming the device shows up in the Linux guest as /dev/sdb (please double check, as this will be destructive), run:
After this, the SSD is empty and in a clean slate, and I could then format it.

Initially it seemed to be a good idea to use USB 3.0 hub and a bunch of USB 3.0 to SATA adapters to accomplish the disk array because it's much cheaper than an enclosure, but I've had many problems with it. The USB 3.0 hub sometimes incorrectly recognizes some adapters as USB 2.0 only, and this limits the speed of the whole array to USB 2.0 speed. I've also experienced flaky ports causing checksum errors. There are too many components that could go wrong and did go wrong, so I'm now getting a proper RAID enclosure as I should have in the first place.
Update on November 28:

The drive died again after writing some odd GBs of data on it. It seems that TRIM limits the number of blocks it can operate on at once, so I didn't actually wipe the whole disk. I also tried ATA secure erase but the drive died again, so it didn't seem to free up the blocks. I concocted a script:
Even though it stalls from time to time requiring manual intervention, it does seem that the more blocks I unmapped, the more I could write, so I'm hopeful.
Update on November 30:

It turned out the aforementioned SSD drive didn't die. It's due to another flaky USB/SATA adapter. I replaced it with another, and the drive is working merrily. In case anyone's wondering, those IOcrest adapters seem to have a high failure rate. In any case, my USB woes are solved altogether with the Akitio Thunder2 Mini. 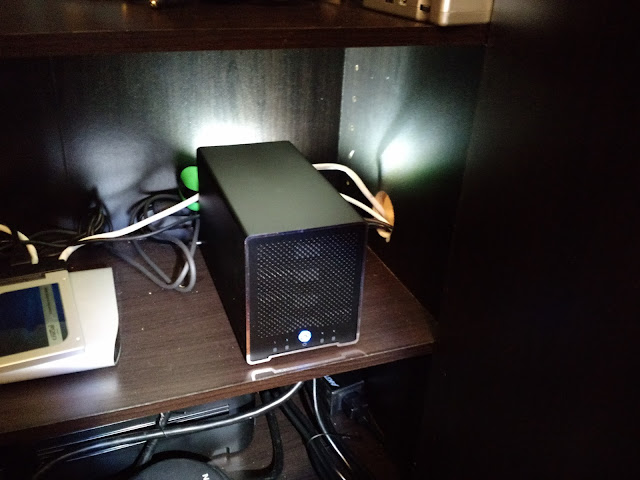