View Larger Map
Here is a photograph of the intersection. It looks innocuous enough. 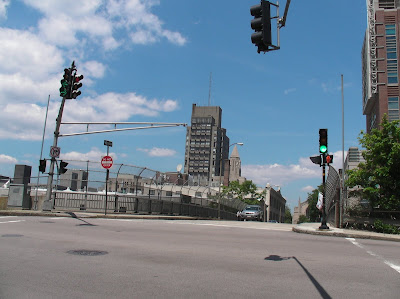 However, upon closer look, there are two things to notice. 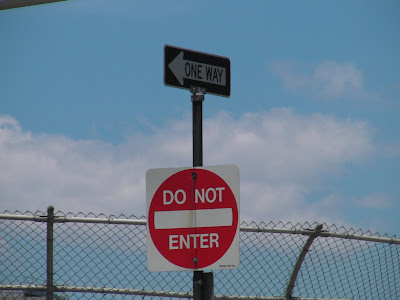 First, St. Marys St. is two way up until the overpass that crosses Mass Turnpike. It is indicated by the “DO NOT ENTER” and “ONE WAY” signs at the left corner. The traffic light hanging in the middle of the intersection indicates it's permitted to make a left or right turn. However, at the right corner, we see an non-directional green light. 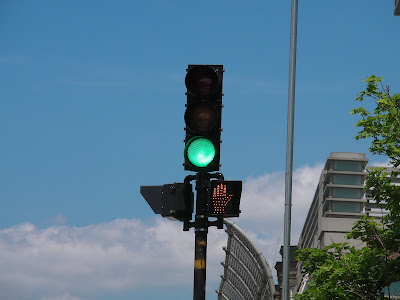 The green light invites the intuition that it is okay to go straight, which is incorrect and inconsistent with the sign on the other side. A naive, optimistic driver may see the illuminated green light first because it is on the same side of the road and assume that it is okay to go straight. After all, through traffic is typical for most intersections. However, this particular intersection is unusual where three of the four ways of the intersection are bi-directional, but one of the four ways is unidirectional. The green light makes the atypical seem typical, and it encourages a driver to ignore other signs of unusual road condition.

One may argue that a good driver will take all road signs into account. However, a driver under stress, for example, one who is honked by a car behind, or a driver who is distracted by cellphones, could very well pick the wrong visual cue. The inconsistent traffic light is a hazard, and a flaw in the user interface design.

A proper redesign would replace the non-directional green light to left and right arrows, like one in the middle of the intersection. It could also keep the red light lit at all times just to be abundantly clear.
Posted by Likai Liu at 11:37 PM